Does “Called Into Ministry” Mean Becoming a Pastor? 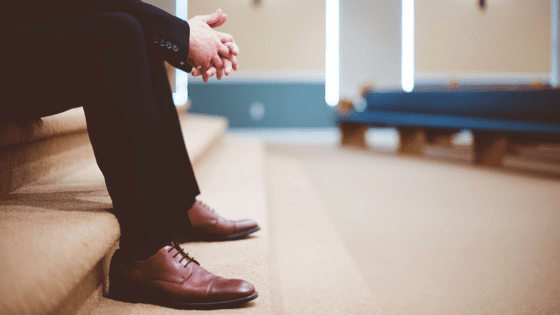 Anyone else grow up going to summer church camp?

Every summer I spent a week in Hartford City, Indiana at Lake Placid campground, home of the sanctuary made out of a rusty old airplane hanger, sulfur-infused water that smelled like rotten eggs, and some of the greatest memories of my entire childhood. I loved church camp! It made a deep and indelible mark on my spiritual development as a young Christian.

Most of it was beautiful, but there were also some unintended theological consequences. Much of what we learn really is caught not taught.

Each of the four evening camp services had a theme, and the 3rd night of camp was usually “called into ministry night.” The camp speaker would passionately preach about what it means to be called by God into full-time vocational ministry. This was followed by a direct challenge to listen intently! What was God saying to each of us individually about our own calling? He was most certainly tapping some on the shoulder, and we don’t want to miss “the call.”

The service would usually culminate with a show of hands for all those feeling God’s “call into ministry.” About 10-12% of the hands would go up, and those feeling this call were invited to the altar where the rest of us gathered around to pray for them. When the prayer time was over, we would all head back to our seats, some carrying “the call” into sacred work and the rest of us just left to our secular work trajectories.

At least that’s the message that was instinctively received.

I remember using those very terms at the snack shop after service. Someone would holler across the ping pong table, “hey Coop, so are you called into ministry?”

“No-no, not me,” I always shot back. “I’m just going to pursue a secular job. I don’t feel called into ministry.” (Little did I know I would spend a dozen years on staff at two churches. God most certainly has a sense of humor).

Let’s be clear, nothing intentionally devious was being perpetrated here, but an unintentional heresy of sorts was being deposited into our Christian worldview. In seeking to clarify the ecclesiastical pastoral calling on people’s lives, we were unwittingly segregating the way we thought about Christian work and calling as a whole.

This has caused confusion for many believers in the understanding of their everyday work. It’s resulted in marketplace Christians believing their lives are second class, that their “secular jobs” only exist to make money to fund truly sacred activities, that there is no meaningful connection between their daily vocations and the work of God in the world. And that’s just bad theology.

Please don’t get me wrong, there is something special and distinct about the ecclesiastical call into full-time ministry (I spent 12 beautiful years as a pastor myself!), but the sacred nature of work is not just for pastors or those employed by a church, it is intended for all Christians!

Did you know our English word “vocation,” which we use when discussing someone’s career choice and what they do for a living, is derived from the latin word “vocare,” which means calling. The Apostle Paul uses this same word when he references pastors in the church and those who work in the marketplace. There is no distinction.

But my guess is that few of us think of our day jobs this way. We’ve instinctively assumed that our work was just a way to earn money so we can pay the bills, support our families, do a few enjoyable things from time to time, and maybe give a little to the sacred things in life that really matter. If we’re lucky, maybe we’ll find a little bit of meaning from it, or at least make enough money to offset the meaninglessness. If not, I guess we’ll have eternity to make up for it.

This is bad work theology.

Your work, in the church or in the marketplace, is vocare. It’s a calling. It’s part of our human vocation as vice-regents and caretakers of God’s creation.

How would it change your feeling when the alarm goes off each morning if you saw your work like that?

If you’re a believer, you have a calling. It’s time to embrace it.