The Sacred Work of Cleaning Up the Trash 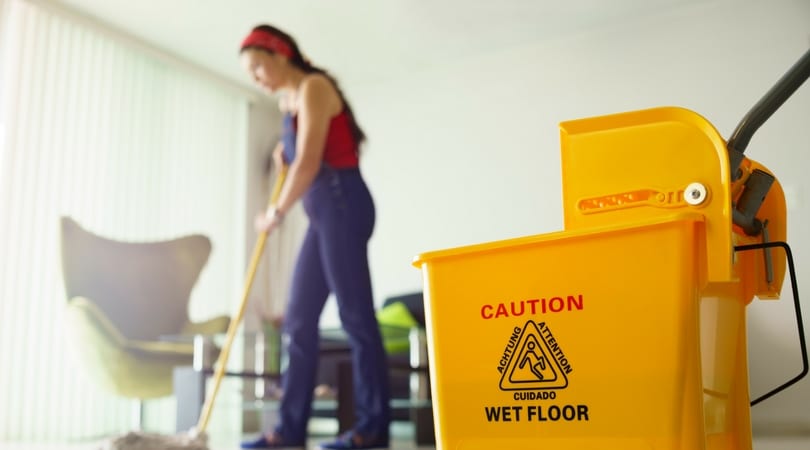 Our jobs aren’t just about making money, they’re also about establishing social status. Some jobs are celebrated and others are just tolerated. But whether you’re a six-figure brain surgeon or you clean toilets at the local Taco Bell for minimum wage, does all work really have sacred value to God?

I love this quote from Pastor Tim Keller:

“The current economic era has given us fresh impulses and new ways to stigmatize work such as farming and caring for children – jobs that are supposedly not “knowledge” jobs and therefore do not pay very well. But in Genesis we see God as a gardener, and in the New Testament, we see him as a carpenter. No task is too small a vessel to hold the immense dignity of work given by God”

Last year I had a beautiful and unexpected encounter on a trip home from LA that deeply impacted my perspective on this issue. I recounted the following in my journal on the flight.

We were sitting at Gate 27 in the mostly empty Atlanta airport, watching the last few minutes of an NBA basketball game on one of the terminal television screens. We were waiting for our 11pm connecting flight back to Indy at a mostly empty gate when a young girl with a broom and a dustpan began sweeping under the seats around us. I could hear her singing quietly to herself.

“Are we in your way?” I asked as she filled her rolling bin with a day’s worth of trash from thousands of hurried travelers.

“Absolutely not!” she replied.

Her pleasant demeanor unexpectedly unfolded into inquiring about our day and telling us a great story about the time she found someone’s lost luggage, googled their name, and contacted them directly to ensure it was returned.

“I just couldn’t rest until I made sure that man got his stuff back!”

She was such a breath of fresh air after a day of flying that after she left, I ran down the terminal to catch up with her. I startled her a bit, but I felt like there was something she needed to hear.

“Thank you for what you do here,” I told her. “There are no small jobs when we do them unto the Lord. You partnered with Him tonight in caring for us. Your work matters. Thank you.”

She seemed to be both grateful and stunned, as if she had never thought about her job that way before. But it was true. That night, she was God’s business partner, doing His work in caring deeply for each one of us.

I want to do better in recognizing the sacredness of work, no matter how important or unimportant our culture may have deemed it to be. From the pilot who flew my plane to the young lady who swept under my seat at Gate B27, all work matters when viewed through the lens of partnering with God in the care of His world and His people.

What if we saw our work and the work of all those around us that way?