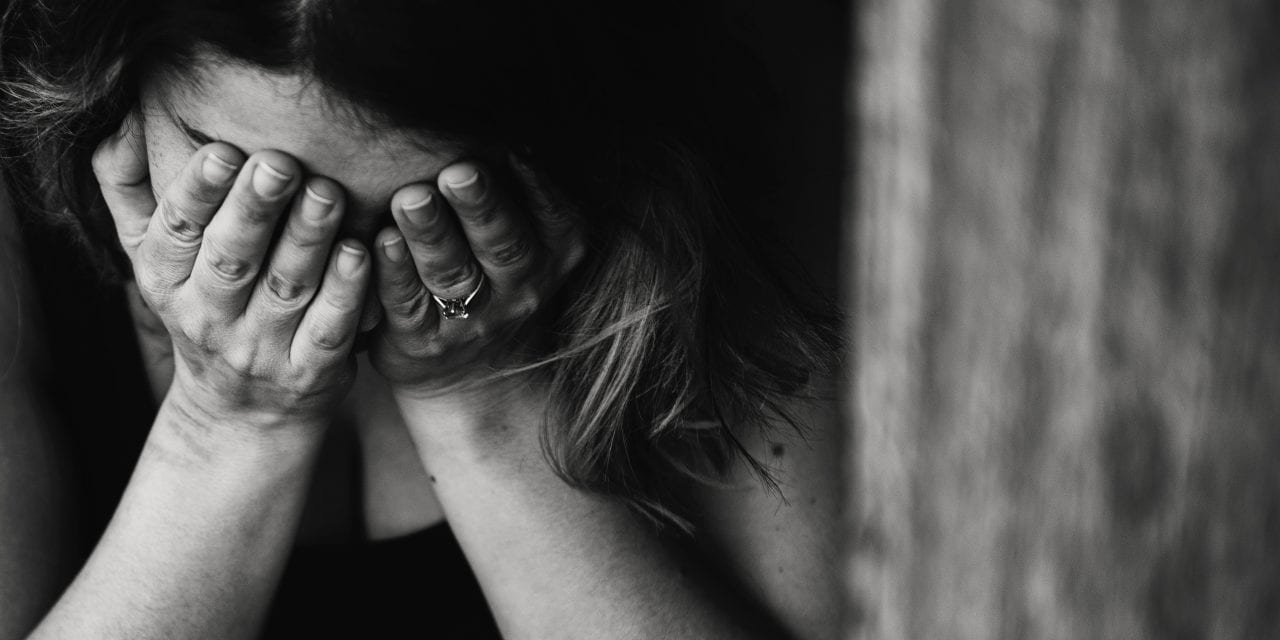 It’s been a tough week. The world lost two famous faces to suicide – fashion designer Kate Spade and culture and travel television host Anthony Bourdin. Coincidentally, the CDC just released new statistics showing suicide rates have increased 30% in half the states in America over the past two decades placing it in the top 10 causes of death today.

This issue hit even closer to home last Tuesday as a classmate of my 8th grade son lost her father to suicide. It’s so much easier to process statistics, but when it’s real people, people you bump into at school plays and wave to in the after-school pickup line, it’s harder to compute.

I’m not here to discuss the theology of suicide or its multilayered causes, but I will say that depression is real and should be treated by Christians with the same compassion and empathy as any other disease. Depression has impacted my own family. It torments beyond logic or circumstance and you can’t “just snap out of it.” We live in a sinful world that breeds cancer, and Alzheimer’s, and heart disease, why should we be surprised that this same brokenness impacts mental health, too?

That said, our work (or lack of it) can be a driving cause of depression and suicide. Our identities get wrapped up in our work. When we have a job we’re proud of and that provides a comfortable salary, we feel pretty good about ourselves. If we get laid off or fired, we lose way more than just income. We can even lose sight of who we are.

I’ve faced this in my own life. During a season as a church-planter, I took a 40% pay cut that destabilized our family both financially and relationally. There were things I couldn’t afford to let our kids do, bills I didn’t know how I was going to pay, and people I had to depend on for things that really took a toll on my pride. Some of this “idol-shattering” was really healthy, but let’s be honest, my work (as much as I loved and believed in it) was impacting my mental health, my role as provider, and my very identity itself.

My wife faced this battle a few years ago as our kids started to get older. She had given her whole life to our three children for 15 years, but as they continued to grow more self-sufficient, her lack of a meaningful income-producing work led her into a season of depression. She applied for numerous jobs, some low-wage entry-level positions, only to be told she wasn’t qualified after so many years out of the workforce. She felt worthless, like she had nothing to offer, and it was destroying her very identity itself.

Our work, our mental health, and our identity are all intertwined.

My son got a text from his classmate two days after her father passed. She said her dad recently quit his job and felt really guilty that he wasn’t being a good provider for the family. I wish I would have known him better, that I could’ve had just a few minutes to share some of the fears and heartache of my own journey, and some truths about the real source of our identity as human beings.

But it’s not just low-income jobs or unemployment that assault our identity. Most would say Kate Spade and Anthony Bourdin had dream jobs – wealth, fame, influence. But anxiety and depression still found them there. Our everyday work, it’s level of financial stability, it’s social status, was never meant to carry the weight of our identity. It’s way too heavy. Only Jesus can do that.

Your true identity will never be found in your work, by what you do or don’t do. It’s given to you. It’s a gift. You are who Jesus says you are. And He calls you His beloved, whether you occupy the corner office or sweep floors at the local Taco Bell. You matter because Jesus says you matter. He died to prove it.

If you ground your essence completely in Him, your identity can withstand life’s inevitable ups and downs because it’s finally rooted in something immovable – the Gospel of Jesus Christ.

If you’re facing work-related depression, the first thing I encourage you to do is get some help. Talk to someone. Pick up the phone. Now. The Christian community hasn’t always engaged depression and anxiety with understanding and grace, but there is no shame in struggling with depression. You’re not the only one facing it right now and there isn’t something unusually wrong with you. I promise.

We are all sinful people living in a fallen world, and we shouldn’t be surprised when our bodies and minds don’t work as they were originally designed. Go see someone – a counselor, a doctor, a pastor. Don’t let embarrassment or shame isolate you from the help you need.

But for all of us today – whether we’re wrestling with depression or not – let’s root our identity in something eternal. Whether we love our work or hate it, find it deeply meaningful or completely purposeless, what we do for a living isn’t who we are. The Gospel says that while we are far more broken than we realize, we are more loved than we can imagine. We are sons and daughters of God in Jesus Christ. That’s an identity worth holding onto.