3 Stories of Hope from the Roots of Radical Terrorism

My phone seems to blow up daily with news of yet another horrific terrorist attack somewhere in the world. Each new atrocity births endless socio-political pontification on how to end the violence, from dropping bombs, to building walls, to endeavoring to understand and appease the hatred of the killers.

These are scary times. Yet from the shadows of 24-hour fear-filled news cycle emerge three hope-filled stories. Stories that won’t be celebrated by the masses, but stories that illuminate the only Solution to the underlying problem. It’s not “the culture of the West is better than the culture of the rest.”  It’s not Christian moralism trumping Islamic moralism. It’s not our version of self-righteousness finally defeating theirs.

It’s the transforming work of the Gospel – the life, death, and resurrection of Jesus Christ, and the promised work of His Holy Spirit in the lives of broken people humble enough to surrender themselves to a holy and loving Power greater than themselves. The Gospel isn’t just something “they” need, it’s something we all need. It’s not just healing for “them,” it’s healing for me, too. This is how we fight radical terrorism.

“For we are not fighting against flesh-and-blood enemies, but against evil rulers and authorities of the unseen world, against mighty powers in this dark world, and against evil spirits in the heavenly places.”
–Ephesians 6:12

These 3 stories come directly from friends on the ground in the Arab World. I wrote them down exactly as they were shared with me. No extra details and no embellishment. When the news sends chills down your spine, remember that the Gospel is at work in this world. Here’s some proof that true hope has nothing to do with which party wins the next presidential cycle.

Eight years ago, there was a man connected to Hamas who worked in the mosque as a librarian. His job was to approve every book that found it’s way into any of the mosque libraries. Through a series of events, he gave his life to Christ and was discipled by one of the workers in his city. He began to share his newfound faith with his muslim friends, and slowly many of them also became believers in Jesus.

As their numbers grew, they used the same organization techniques he learned as a member of Hamas, formulating groups of no more than 6 people. Those six did not know who the other six were so that if one group was compromised, the underground church could still continue to flourish and grow. These small groups meet weekly, not in hiding, but in the open courtyards of the community mosques all over the city! They sit in study groups, they talk about the bible, they take up an offering, and they give it to whichever one of their members is most in need.

They call themselves the “Jesus-ites,” and they are slowly reaching critical mass. Last year, they baptized 140 new believers. And this year, they’ve already baptized over 300. Altogether there are close to 500 believers in this Middle Eastern city. It is out of that context that the following three stories have unfolded.

This group is becoming very bold in their witness and has begun passing out bibles in the streets of their community. One day, a radical muslim approached one of the believers, grabbed the bible from his hand, and began ripping out the pages. As he’s throwing the pages into the air, his arm freezes above his head. Stuck. He can’t pull it back to himself.

More than a little freaked out, he takes off for home (with his arm still stuck in the air) and the believers follow him. When they get to his house, they offer to pray for him with the understanding he will declare that Jesus is God and forsake Islam if God heals him. And that’s exactly what happened.

The believers want to baptize him in his bathtub but he declines, declaring “I disgraced Jesus publicly by tearing up that bible in the street, I must profess him publicly as well.” So they walk back into the center of the city, find an old tub, use buckets to fill it with water, and baptize him in the center of this strict Muslim city.

A young man shares his newfound faith with a man in his community. The man gets so violently angry he beats the young Christian and kills him. The believers gather together to discuss how they are going to respond to the death of one of their own. They set out as a group for the old man’s house, grab him, and tie him to one of the cement pillars in the center of his house (I don’t recommend this). Then, one by one, they force him to listen to the testimonies of how each of them came to Christ. The man is violently angry, spitting and yelling at them as they speak (but hey, where is he going to go?).

When they were finished, they untied him and left. But the next day they returned, laid hands on him and prayed, and the man gives his heart to Jesus. Now he is one of the believers in the underground church.

A woman and her grown son from this same community come to Jesus. The husband comes home one day to find his wife listening to a chanting of the New Testament story of Christ in their home. In his anger, he begins to beat her. His grown son intervenes, but in his fury the father throws him against the wall, he hits his head on the concrete, and falls to the floor unconscious.

The mother rushes to the aid of her son, but as she’s bent over his body her husband grabs her from behind and attempts to slit her throat with a butcher knife from the kitchen. In the struggle he misses, yet still slices her chest from clavicle to clavicle. The neighbors hear the commotion and intervene. They take the woman and her son to the hospital, and the father to the authorities.

At the police station, the man simply states that his wife had become a christian and they let him go. No further questions asked. At the hospital, they stitch the woman up, and the believers once again gather to decide what they are going to do.

So they get a copy of the Gospel chanting the woman had been listening to, put it into printed form, and head to the hospital to visit the woman as she is recovering. While there, they begin going from hospital room to hospital room disbursing the message to each muslim patient and asking, “does someone deserve to have their throat cut for this teaching of Jesus?”

The woman recovers, but when she’s released she does not feel safe going back to her husband. Yet she feels the conviction of the Holy Spirit to forgive him for what he has done, and to share that forgiveness with him. So she goes to visit him and says, “I want you to know that I forgive you for what you did. I love you, our son loves you, and Jesus loves you.” And then she leaves.

Without collusion, her son also visits his father and also says, “dad, I want you to know that what you did was wrong, but I forgive you. I love you, mom loves you, and Jesus loves you.”

That same night, the man had a dream. Jesus appeared to him and said, “you wife loves you, your son loves you, and I love you.”

The man gave his heart to Christ, was reconciled with his family, and is now a member of the Body of Christ.

It’s taken 8 years, but the seeds of the Gospel are beginning to grow in this spiritually arid land. Regardless of what you see in the media, never question that God is at work around the world. You can’t stop the message of Jesus.

Faith & Work Part 4: A New Vision for Our Work

We wrapped up our four week series on Faith & Work at The Point by casting a renewed “gospel-vision” for our work. We understand that the Gospel reconciles and redeems our spiritual lives, but can it really do the same for our everyday work, too? Short answer: YES! 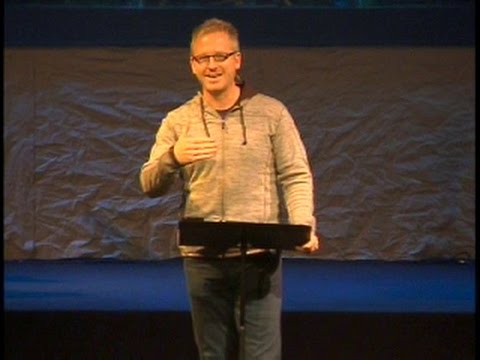 We continued the conversation on Faith & Work at The Point Church this week by looking at the ways work exposes our idolatry. What, you don’t think you worship idols? Yeah, me either. But I was wrong (and so are you).

Understanding how idolatry impacts our individual lives and our culture as a whole is a complete game-changer. See if you can find yourself somewhere in this message. I sure did.

It’s time to destroy the idols. Here’s how: 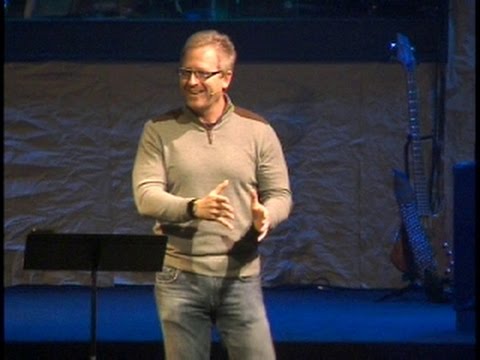 Week 2 of Faith & Work at The Point Church in Seymour, Indiana swerved into a less inspiring “work theology” revelation: work is broken. You probably didn’t need a biblical scholar to tell you this, your own experience informs you every day.

Work was created perfectly, but we experience it imperfectly. Work isn’t the result of sin, but it is corrupted by sin. This is where we live.

The bible has a lot to say about the brokenness of our work, and in turn, what we can do about it. I hope this both challenges and inspires you. 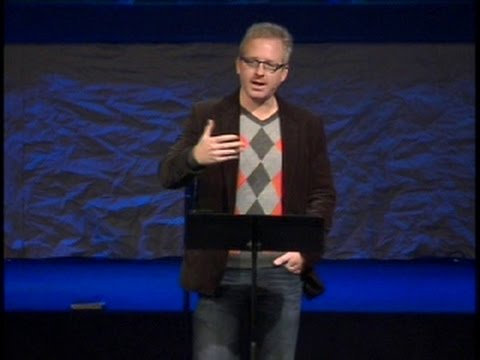 Faith & Work Part 1: In The Beginning There Was Work

My friends at The Point Church in Seymour, Indiana invited me to teach a 4-week series on the intersection of our faith and the work we do in the “secular” world each day. What God’s Word has to say about this subject might surprise you.

When we work, we “image” God, we cultivate His creation, and we love our neighbor. I hope this encourages you as your alarm clock goes off tomorrow. 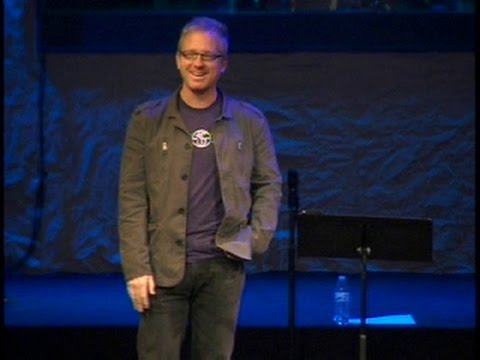